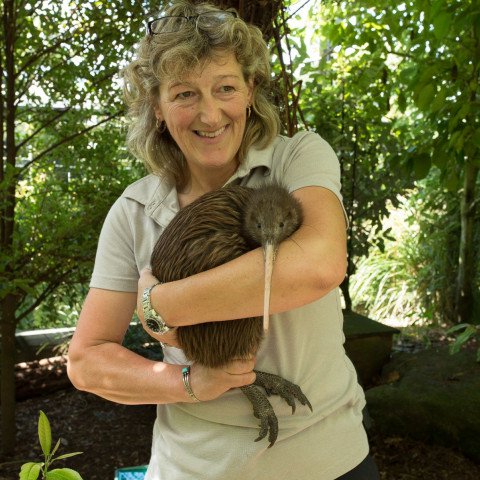 We're working with Kiwis for kiwi to build a state of the art kiwi incubation facility near Taupo. With the countdown on till the first egg arrives we caught up with kiwi incubation specialist Claire Travers, who designed the Crombie Lockwood Kiwi Burrow.

Here she talks about the process of hatching kiwis, why the Crombie Lockwood Kiwi Burrow is needed, and we learn some new things about New Zealand's most famous bird...

How will the Crombie Lockwood Kiwi Burrow work?

The Burrow is an integral part of the Operation Nest Egg (ONE) programme, which is where eggs are lifted from the wild and delivered to the Burrow for safe incubation and hatching. As soon as they arrive, they’re checked to make sure they’re alive, they are weighed and washed before being transferred  into incubators to continue their development.

When they start to hatch they’re transferred to the hatch room and monitored closely. Once hatched the chick spends its first two days in an incubator, then the next 3-4 weeks in a brooder box where they develop their nocturnal activities and learn to forage for food and start eating. Once they’ve gained enough weight to be fit and ready for release they are microchipped, given a health check then taken to a predator-free site for the next stage in their life.

Why is the Burrow needed?

Kiwi have just a 5% chance of survival in the wild, and while there are several methods that are being used to help kiwi, the most effective is Operation Nest Egg (ONE) where eggs are lifted from the wild and incubated, hatched and raised in a safe environment before ultimately being released.  There is at least a 65% survival rate for kiwi using this method.

Why can’t this work be done in the wild?

There’s no doubt that kiwi are the best at incubating kiwi eggs, but in the wild the population is old and with that comes fertility and egg quality issues. There’s also a much higher chance that a kiwi feels threatened or disturbed and if that happens he (it’s the male kiwi that sits on the egg) will abandoned the nest very quickly. In the wild there can be a 50% hatch rate and in an incubation facility that can increase to 90%.

What are the biggest challenges hatching kiwi

What do you love most about kiwi?

I love their feistiness, their independence, their feathers, their teeny tiny wings (with the little claw at the tip), their legs (look like they have come straight from a dinosaur), their vocalisations when they are hatching... I could go on.

What wouldn’t we know about kiwi?

They have sensory pits in the tip of the bill that can detect the movement or vibration of insects in the ground (a little like being able to detect the electromagnetic pulse that all living things give off).  They also have two functioning ovaries, where 99% of birds have just one ovary.

How’s the future looking for kiwi?

It's looking more positive now as people become more aware of the plight of New Zealand’s native species.  This is why getting the message out there and educating our children is so important.

What’s the most common question you get asked about kiwi?

"How big is the egg?"
I have incubated some eggs that arrive and are 530g - for a small bird that is a large egg.

If there’s one thing you’d like to say to all New Zealanders about kiwi what would it be?

Start learning about what is happening in your backyard, park, nearest bush restoration project and to get involved, even if that means you keep your dog on a leash.  To understand that if we do nothing to halt the degradation of our native bush, New Zealand in all its uniqueness will cease to be the special place it is.

Claire has a wealth of experience caring for kiwi, having spent close to 20 years managing the Kiwi Encounter programme in Rotorua. She’s successfully hatched more kiwi chicks than any other person in the world having overseen the incubation and hatching of more than 2000 kiwi eggs. She's a leader in the science of looking after and breeding kiwi, and has played a role in establishing best practice standards as well as training and educating conservation workers throughout the country. 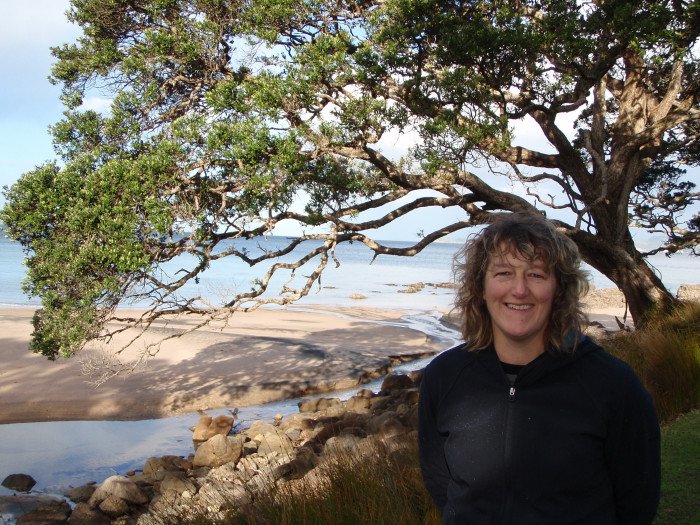 For more information about Claire and to learn more about kiwi recovery visit kiwisforkiwi.org