Home > News > A career in the field: Mark Osborne

Mark Osborne: a career in the field 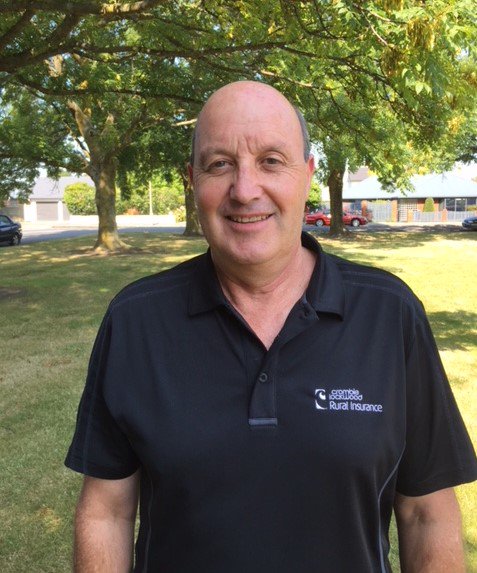 While there are plenty of aspects to agri-business that remain tried and true after several decades, Crombie Lockwood Group Broking Manager, Mark Osborne, says some facets of farming and rural contracting have changed completely.

“The degree to which technology has changed the business of farming is unprecedented. And of course, with the higher investment in technology on the farm, the land owner’s costs have risen in tandem,” says Mark.

Thirty years ago, when Mark first made the move from his native Timaru to Ashburton, where he began managing his first insurance office, plant investment such as million-dollar irrigation systems were almost the stuff of science fiction. Now, for many agricultural operations, they’re a lifeline during spring and summer months, guaranteeing stable productivity.

“It’s the same story with machinery,” he continues. “The cost of tractors or harvesters which use GPS to auto-steer, or the bolt-on addition of variable rate irrigators which use water more efficiently and can isolate a farm track, for example, is expensive. It’s just the nature of modern technology and modern sustainable farming practices.

“But of course, the other side of that are the benefits to any farming operation; being able to work smarter and more efficiently, use less fuel per hectare and enjoy better yields. The cost to insure a plant has increased, but the ways in which that plant can benefit the business also puts rural clients leaps and bounds ahead of where they might’ve been 20 years ago.”

With the advent of dairy conversions through the mid and South-Canterbury regions, average herd sizes have also increased; 500-600 or thereabouts in the late-1980s dwarfed by some larger herds today, which number towards 1500 -2000.

“The modern farmer has to be much more diverse in what they’re doing. There are more moving parts to most operations these days, so it’s up to the likes of us as insurance brokers to be fully across all aspects of our clients’ businesses,” says Mark.

And here, of course, is an aspect of supporting business which hasn’t changed a bit.

Mark’s career has taken him through several brokerage firms, including Timaru-headquartered Reid Manson; a famous name in insurance in south Canterbury and, at one time, the biggest broking business in town. Mark eventually became a Director/Partner and, with his fellow Executive team, oversaw the transition to Crombie Lockwood ownership of the business in 2015.

Mark says that forging long term relationships with clients has always been important to him and, through his longevity and success in insurance, now has a client book including second and sometimes third-generation farming families.

“I’m dealing with the sons and daughters of original clients now and those relationships continue to grow.

I’m lucky to be working in a region full of good people, but also to have such a good range of insurance products on offer to new clients as well.”

The bulk of Mark’s clients are located between the Rakaia river to the north and the Waitaki river in the south.

“I also have clients who used to own larger properties but have semi-retired to lifestyle blocks; their insurance needs are obviously a bit different, but they’re as reliant on good weather, good gear and good insurance knowledge as anyone else at the end of the day,” he says.

With a broker in training now assisting Mark with his portfolio, he says he isn’t out on the road as much as he used to be. Although the keen hunter and fisherman says a desk job isn’t something he has yearned for either.

“You can’t operate in the rural sector and not be prepared to get out there and see your clients, regardless of the time of day or the weather. The nature of farming means that when something goes wrong, a rapid fix is usually needed in order to keep things moving, regardless of the day of the week.

“As the guy at the other end of the phone in those scenarios, it’s up to me to help with a solution. And it always has been a rewarding feeling being able to provide such a solution.”

The instability of the global economy is seeing insurers with more risks to factor in if you're exporting goods to overseas customers. Advice and tips for exporters from our brokers.

As the economic impacts of Covid-19 are felt and businesses move to manage cash flow there may be implications for trade credit insurance policies.