Already a popular alternative to mainstream vehicle rental solutions in the Northern Hemisphere, peer-to-peer car rental services are starting to gain momentum in Australasia too. Auckland firm MyCarYourRental is a local business, hoping to change the way people get across town or the entire country.

Some years ago, MyCarYourRental creator and Chief Executive Officer, Henrik Stovring, identified the opportunity to create a peer-to-peer car rental service in New Zealand as an alternative to mainstream commercial operators.

The former Danish national, now a New Zealand citizen, has more than 15 years’ experience in the car rental sector and believes there is a growing consumer demand for access to both more affordable and more conveniently located vehicles.

With a similar model to Airbnb and Uber, MyCarYourRental is a web-based marketplace that connects New Zealanders who have a vehicle available for rent with people in their local neighbourhood – or further away – who are seeking to hire a car, ute, van or even a trailer. 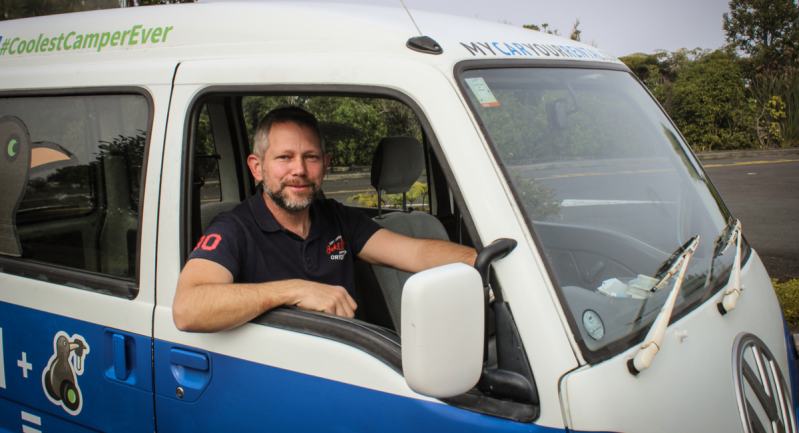 Henrik Stovring identified an opportunity for peer to peer car rentals in NZ.

As per New Zealand transport regulations for hire cars, every vehicle on the MyCarYourRental fleet has a Certificate of Fitness. When handing the vehicle over, owners need to check the renter’s drivers’ licence, take some pictures of the vehicle and its condition, and both parties are then required to sign a rental receipt document.

Henrik says the handover process also provides an opportunity for the owners to explain the local road rules and driving habits to renters from other countries who might not previously have driven in New Zealand.

Peer-to-peer vehicle rental is one of the fastest growing segments in the global shared economy, particularly in Europe and the United Kingdom, and now it is becoming more common in Australia and New Zealand.

Since creating MyCarYourRental in 2015, more than 1,700 vehicles are now listed across New Zealand. The service has registered more than 10,000 subscribers. 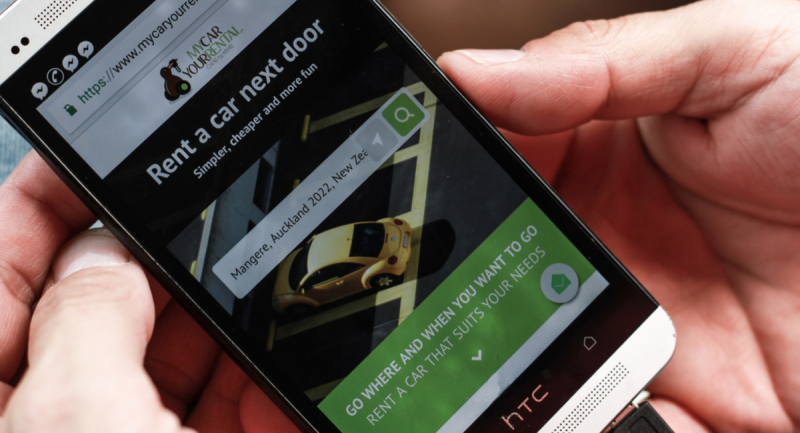 The peer-to-peer service has over 10,000 registered subscribers.

A new challenge for motor insurance

Henrik also believes his company MyCarYourRental created a unique opportunity for the motor insurance industry to come up with suitable cover for the owners and renters.

“It took a few conversations to get the insurance cover in place. It was the first cover of its type in New Zealand, so I had to fully explain the concept to start off, quoting examples from Denmark and the United States.

“Initially there were many questions and, to be honest, we are still refining the cover. It has definitely been a learning curve for both parties from day one,” he says.

MyCarYourRental provides full insurance cover for every peer-to-peer rental vehicle in its fleet, which is underwritten by Ando and brokered by Crombie Lockwood.

“So far the few claims that we have received have been processed smoothly. The number of claims made are very low in comparison to my previous industry experience in the rental market though,” he says.

“Because the renters are collecting vehicles directly from the owners, from the very beginning of the transaction process a relationship has been established between the two parties.

"I believe that people are more mindful and take a lot more care when they know they are driving another person’s vehicle."

“If the vehicle does come back with minor damage – such as a small dent from a mishap at a supermarket carpark for example – at their discretion the owner will most likely put that down to normal wear and tear and not worry about putting in a claim for repair.

“But, of course, every scenario is different. And I have to say that instances of damage are still definitely rare,” he says.

Since 2015 Henrik says MyCarYourRental has paid out more than $600,000 in revenue to the owners who have made their vehicles available for rent. He believes this figure will continue to grow as more consumers embrace peer-to-peer vehicle rental as an alternative to the mainstream way of hiring a vehicle.

Protecting business in the coffee capital

Gallagher named one of World’s Most Ethical Companies

The parent company of Crombie Lockwood, Gallagher, has been named one of the World’s Most Ethical Companies in 2019 by the Ethisphere Institute.

Flox on the art of business

Auckland Artist Flox talks about the importance of a business plan, and her work with Crombie Lockwood.