The co-founders behind a handful of office product outlets run from Manawatu had the foresight to put in place a full suite of health cover in their twenties. Now in their forties, these covers have saved their business and families twice in just over a decade.

There is an innate, tough kiwi mentality toward hard times. We say we’ll be right and think that wouldn’t happen to us. But sometimes it does, and for Kurt Woollaston and Duncan White, it did.

After meeting at university, Kurt and Duncan co-founded PS Limited in 1994, which now has multiple branches trading as Office Products Depot. “Back then, paper and account books were the lion’s share of what we sold but that’s changed significantly,” Kurt says.

Beginning as “paper specialists,” the business has grown into a nationwide business-to-business office supplier across furniture, hygiene and safety products. 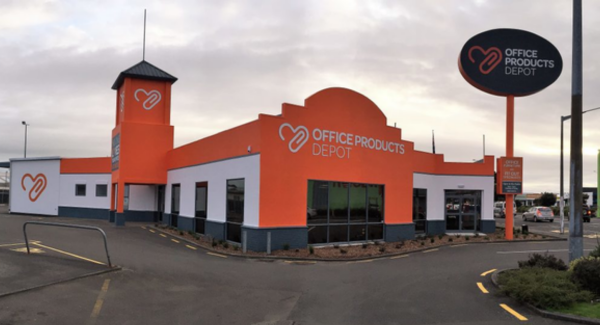 Kurt and Duncan also own branches in Napier, Taranaki, Mount Maunganui and Whangarei

Back when they were starting out in their 20’s, the directors got their business insurance sorted with Crombie Lockwood to cover everything from stock to vehicles, along with personal life and health covers despite thinking “you’re bulletproof at that age.”

“Both being equal owners of the operation, it seemed prudent on that small chance someone might have a major issue, health wise,” Kurt says. “Obviously we opted for it and haven’t really looked back. Once you’ve got your insurance, it tends to stay in place.”

In 2008, when the business had roughly 20 staff, Duncan became sick. “Duncan had a unique kind of cancer and his odds of survival weren’t looking very good at all,” Kurt says. “With income protection and trauma cover, he was able to stay away from work without the financial stress.”

In all, Duncan took two years off work, but the company didn’t need to wear the cost.

“We actively work in the business,” Kurt explains.

“So, if we’re away long term, the business can’t support you as that money is required for resources to support the operation. It gave us the ability to carry on without that additional financial pressure to just keep the company going,” Kurt says. “Back then, it was absolutely essential. I can’t see how we would have coped without it.”

But one blow was followed by another in 2019. “In the middle of October, I had a subarachnoid haemorrhage, which is bleeding around the brain,” Kurt says of the life-threatening stroke. “I had emergency brain surgery [in Wellington]. It’s major head trauma, so I can’t actually go back and resume my old role in the short term.”

Kurt is not out of the woods yet either; it takes around six months to recover and there is a risk of complications if he pushes it. “My surgeon is telling me to rest; don’t overdo it, which is against my belief system. I’m usually really busy, always doing something,” he says. “In all honesty, without the trauma cover and income protection cover, I’d probably force myself to go back, ready or not. It would be a real hindrance to recovery.”

Crombie Lockwood Manawatu’s Life & Health Group Broking Manager, Louise Cobham met Kurt and Duncan back in 1997. It was then they opted for a business and personal insurance programme across life, trauma, income and medical cover policies.

Louise’s initial assessment looked at how they ran their business, but also looked at future needs they’d have. “Given Duncan and Kurt had a strong desire to grow their business through acquisitions, we set up their business life policies to cater for this from the outset,” she says. “We did a whole bunch of future-proofing. Who would have thought both key people in the business would be affected?”

“It’s a one in a million chance this would happen to both of us,” Kurt says. “On the bright side, I had those same insurance covers Duncan had.”

Kurt knows what it’s like as a business when you’re trying to cut costs. “It’s probably easy to dismiss [the extra cover], particularly when you’re starting up, when you’re focused on every dollar that you spend,” he says. “On the other hand, with our experience, it’s certainly a cover that if an event happens like this, it could save your business.”

“If you’re a director or shareholder, if you’ve got an interest in that business and particularly if you’re working in it, you’re a huge asset,” Kurt says. “If you can’t perform, it can be quite costly keeping the place running.”

Saving your business from financial pressure is just one half of the story too. “I experienced the trauma physically, but your family in particular, it’s almost worse for them,” Kurt says. “The trauma cover really takes that huge pressure off.” 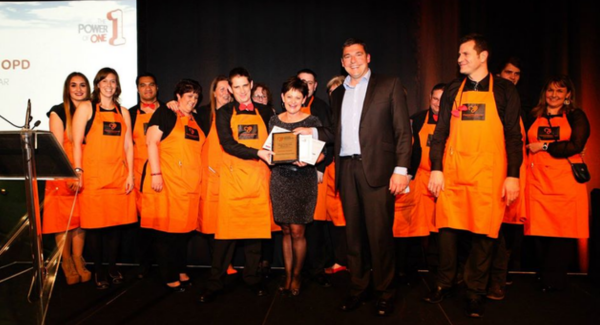 Under Kurt and Duncan's leadership Office Product Depot Manawatu has been a national award-winning branch.

Aligning insurance in the Covid-19 environment

Video is a powerful communication tool for any organisation. Crombie Lockwood client VideoTaxi shares some professional tips for making movies on a mobile.

Fire Service Levies - the funding for New Zealand's 14,000 fire-fighters and the 62,000 callouts they answer each year – they’re set to rise. What’s the impact on you?