The Northland Rescue Helicopter service has provided emergency flight services to over 20,000 patients since its inception in 1988. Crombie Lockwood's Northland branch has been an insurance partner to rescue helicopter service provider Northland Emergency Services Trust (NEST) for many years, with one team member having had personal experience of this vital lifeline.

The Northland Rescue Helicopter service provides coverage from Kaitaia to Wellsford and can literally make the difference between life and death by efficiently transporting critically ill patients to hospital by air, rather than by road transport.

Crombie Lockwood Northland Broker Alison Bennett says she is hugely grateful to the rescue helicopter service for saving the life of her husband, when he suddenly became seriously unwell earlier this year.

Late one Sunday evening in February, Alison’s husband Ian began presenting symptoms which the couple both suspected as being those of a heart attack.

“We phoned for an ambulance and the St John’s EMT (Emergency Medical Technician) came within 10 minutes,” she says.

“He confirmed Ian was indeed having a heart attack and that he needed to get to Auckland for a procedure that could not be done here in Whangarei.”

According to Alison, Ian was quickly transported by ambulance to the Northland Rescue Helicopter pad in Whangarei, and the aircraft took off at around 11.45pm bound for Auckland. By 1.30am the following morning Ian was tucked up in a bed in Auckland City Hospital, recovering from a life-saving stent procedure.

Alison says that Ian is now almost back to 100 percent health, thanks to the fast work of the EMT and the NEST helicopter service.

“There is no doubt that without the help of the Northland Rescue Helicopter Ian would not be here today to tell the tale.  We are so very grateful for this – literally – life-saving service,” she says. 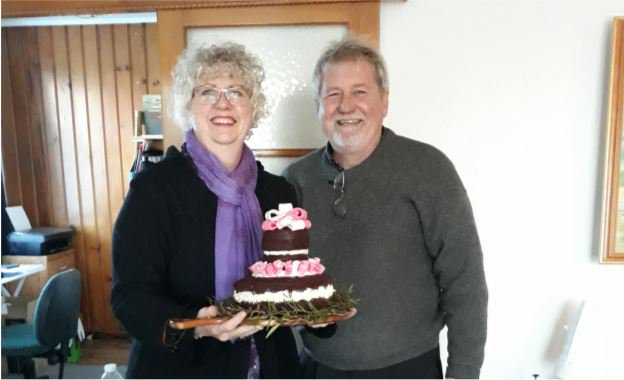 NEST uses Sikorsky S-76A helicopters and recently acquired two 2008 Sikorsky S76-C++ aircraft from overseas. Crombie Lockwood’s Manager of Aviation, Chris Pyle, says she was involved in securing the appropriate insurance covers to satisfy both the vendors and the financiers of the helicopters, as they were being transported by road and sea.

“The aircraft couldn’t leave British Columbia without the appropriate covers being facilitated to their satisfaction, as there were aircraft and liability risks that came into play,” says Chris.

“There were a number of different markets in the facilitation process being aviation, marine, and liability, so it was quite a complex journey the aircraft took in this regard. The policies had to line up together to ensure there were no gaps in the process.”

Paet Stevens is the primary Crombie Lockwood broker looking after NEST. As a specialist working for Crombie Lockwood, Paet can call on other in-house experts in specialist areas, such as aviation insurance, to ensure that the client’s needs are fully met. As well as working together with Chris on the aviation insurance, Paet also takes care of NEST’s other insurance requirements.

“I’m proud to be involved and working with NEST, as it is such a great service,” she says.

“NEST has used the services of Crombie Lockwood since we began our operation over thirty years ago and we have come to rely on their knowledge, experience and expert advice to guide us through the minefield of risk management,” he says.

“Their assistance has been most useful with everything from identifying potential risks, placement of our insurance programme and finally helping us deal with any insurance claims which may occur.

“We work in an environment where you plan for nothing to go wrong, but if it ever does we know we’ll always have good support from the team at Crombie Lockwood.” 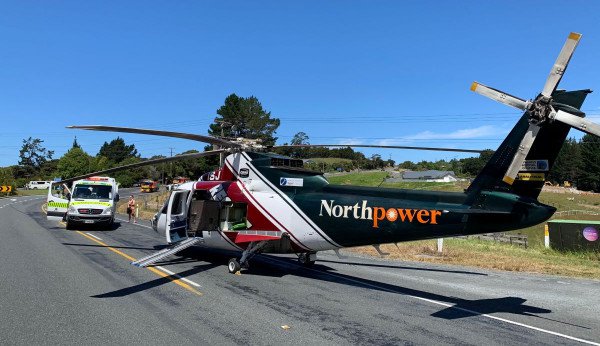 Away from front-line emergency response services, NEST installed a flight training simulator at its airport hub in 2016 to provide pilot training, as well as an avenue of fundraising revenue. The simulator was engineered using the hull of a Sikorsky S-76C which was salvaged as a wreck from the 2011 tsunami in Japan.

Paet says that she and her children had a great time experiencing the CAA-certified flight training simulator for themselves recently.

“You really did feel as though you were sitting in a real helicopter seat; it’s very realistic. The children learned a lot from the instructor, and we were able to fly over Ayers Rock, through the Eiffel Tower and over the Bay of Islands,” she says.

Paet says her children believed their simulator experience “was better than an amusement park.”

With continued investment in new technology and training methods – as well as continued comprehensive coverage by Crombie Lockwood – the Northland Emergency Services Trust stands ready to assist the people of Northland well into the future.

In the first part of our client advisory we examine the current issues affecting insurance cover internationally and here in New Zealand.