Home > News > On call in Canterbury

On call in Canterbury: Parks Garage

Parks Garage is a diverse family-owned business that’s been around for over 100 years. Specialising in solving problems big and small, it has a fleet of 25 tow trucks with 10 additional support vehicles and a heavy recovery unit operating out of Christchurch.

Matthew Park established an undertaking business in 1916, but when he became more interested in the funeral truck he had commissioned than the business he was in, he formed Parks Breakdown in 1920.

Since then, Parks’ business has changed hands a few times but was most recently bought by Rob and Ruth Gerring in 1994. Today, Parks Garage is run by their son, General Manager Stuart Gerring, who is continuing the legacy.

As a company with over a century of experience, they’ve supported the community through some tough times. Parks played an important role in the aftermath of the 2011 Christchurch earthquakes, getting vehicles back to their owners.

“A lot of the cars that we were towing weren’t actually damaged; they were just in the cordoned area that people couldn’t get to,” Stuart says.

“As the key contractor, we moved 3,500 to 4,000 cars out of the CBD within three months. However, it was a joint effort working with the Police, Christchurch City Council and other emergency services.” 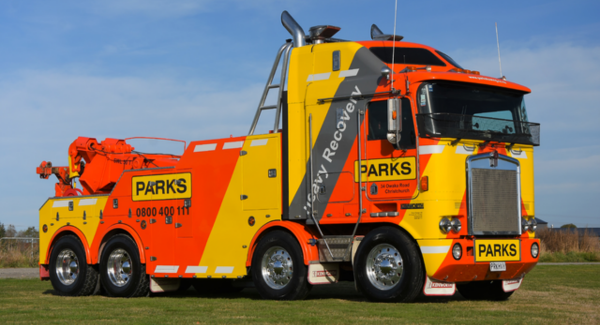 Parks main business is rescuing people from accidents and breakdowns.

The company has seen success through its recent diversification and acquisitions.

Since 2013 the company has acquired two similar entities, including the long-standing Scott’s Towing, as well as an automotive electrical workshop that had established a vehicle recovery business. In all, Parks has grown from a staff of 13 in 2013 to just over 50.

“We saw an opening in a market for a professional provider that could consistently deal with the increasing volume,” Stuart says. “It’s always been our drive and focus to take our customers’ problem away.”

While towing might sound simple, Parks Garage’s specialised services are far from it.

“I think there’s a misconception of the towing industry and that all we do is patrol car parks and carry out towaways,” Stuart explains.

“That’s only two percent of what we do. Our main business is rescuing people from an accident scene or when they’ve broken down, assisting them in their time of need. Each year we move tens of thousands of vehicles from accidents and breakdown situations.”

Parks also deals in machinery transport, vehicle storage, line haul and heavy recovery. The latter saw Parks recently invest in a heavy recovery unit capable of towing combined units of up to 75 tonnes: a unique offering in the South Island.

“We reinvested and that’s been a big focus in the last couple of years to get [heavy recovery] up and running,” Stuart says of the highly specialised service. “We like to be the one-stop-shop, whether we’re towing a car, an SUV or a heavy truck.”

“Our heavy recovery operators have a wealth of knowledge and experience. You’re dealing with units that are worth between $500,000 and $800,000,” Stuart says. “We’re confident that we have the right people for the job.” 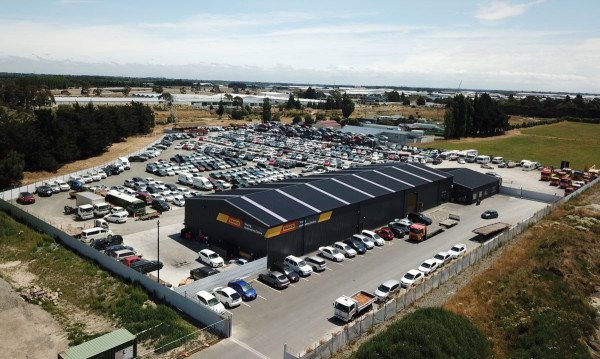 Born out of an undertaking business, Parks Garage has seen a lot of growth in its 100 years.

“We need to know we have full comprehensive cover while a customer’s vehicle is under our care,” Stuart says.

“In the event of a claim, we’ve found Crombie Lockwood to be great at explaining the process to our customers and meeting our high expectations.

“Our broker, Mike Hitchon, took the time to really understand how our business works and the associated risks. He has been able to tailor certain policies that have set us apart from our competitors.”

Keeping the milk pumping in Taranaki

Centrepoint Theatre - the show must go on!

Crombie Lockwood has been a supporter of Palmerston North’s Centrepoint Theatre for over 25 years, and the relationship is more like family, than sponsor...

What makes our indemnity period different

An overview of the global and local insurance markets, and the impact of COVID-19 and climate change on cover.