Conservation isn’t a quick fix solution. It can take decades of careful stewardship to ensure the continued survival of any natural environment. Thankfully for the flora and fauna of Otago’s Sinclair Wetlands, that journey is well underway.

The Sinclair Wetlands have long been a place of sanctuary. In the 18th century the people of Ngāti Mamoe, led by chief Tukiauau, took refuge there in an attempt to evade the advancing warriors of Ngāi Tahu.

As it happens, Ngāi Tahu had the last say when the iwi received the wetlands in 1998 as part of its landmark Treaty of Waitangi settlement. But Ngāti Mamoe is remembered in the Māori name for the place: Te Nohoaka o Tukiauau, or Tukiauau’s Campsite.

The area, which spans 315 hectares of the Taieri Plains to the south-west of Dunedin, remains a site where things try to elude capture. But these days it’s rare bird species like the matuku (bittern) and mātātā (fern bird), which are found only in wetlands like these. 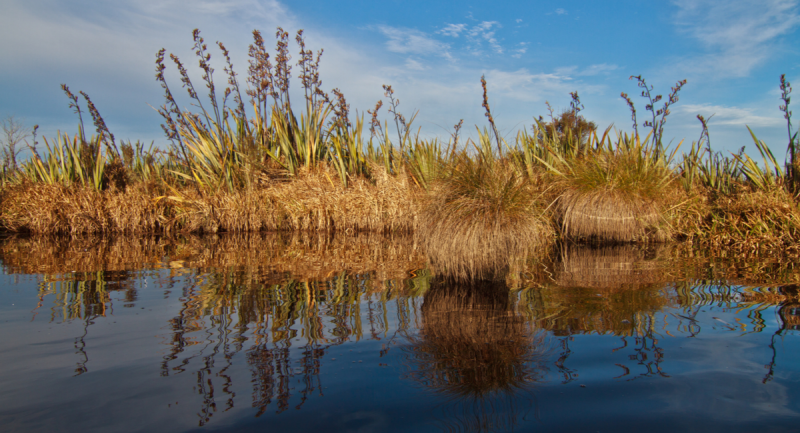 Tukiauau's Campsite spans 315 hectares of the Taieri Plains to the south-west of Dunedin.

Since 2013 it’s been Glen Riley’s job to look after the wetlands and everything in them. Just to make that clear; one person tending 315 hectares. It sounds like – and is – a tough gig. But Glen is a resourceful guy, and hugely optimistic.

“I love seeing the things that belong here become healthy and happy again,” he says. One of the difficulties Glen faces is that his work spans generations; it takes time to see the results of people’s efforts.

“This kind of work needs long-term commitment because it doesn’t end,” he says. “You chip away and chip away; the job isn’t finished in 20 years, it’s a life-long commitment.”

The problem is that conservation projects are not usually funded in perpetuity, they are funded annually, and the money is contestable each year. So, how do you make a plan for 25, 35, 45 years into the future when you don’t know if you’ll have the financial ability to support it even 12 months from now? One solution is to get the community involved and get ’em while they’re young. Among the first things Glen did when he started working at the Sinclair Wetlands was to build a solid education programme for local school kids.

“Because this is a long-term project, we need the next generation of people to be excited and committed to this kind of work.”

He now has 600 to 700 young people each year experiencing the wetlands first-hand. “We try to make it different to the classroom. The kids get their hands dirty, they’re out here to get stuck in and have an adventure.” 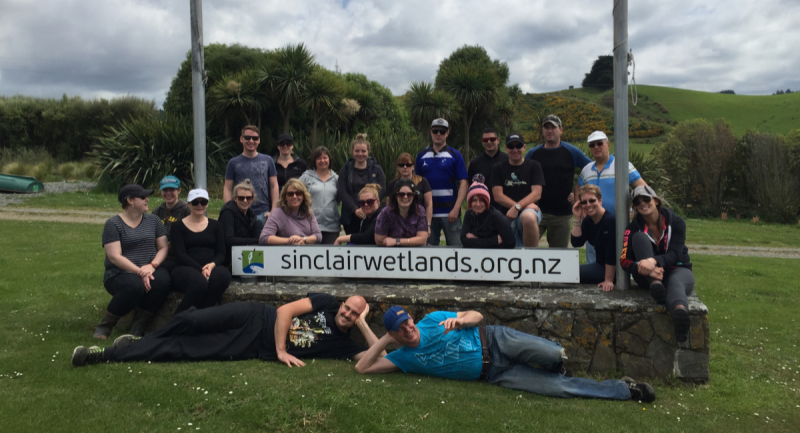 Partnerships the key to success

You don’t need to be a child to have an adventure. Glen says that at any one time he may have four or five WWOOfers (Willing Workers on Organic Farms) who are ecologically minded volunteers, often from overseas – who donate their time in exchange for experience and accommodation. There’s also help from the local community.

"It was apparent that he needed to engage more support. One person in 315 hectares is quite a challenge, so if I go out with 10 or 15 people, I can get a lot more done than I could on my own".

Among those to heft shovels are the local team from Crombie Lockwood Otago, who spend their annual volunteer day at Sinclair Wetlands.

"They’ve helped us with our restoration work controlling weeds and establishing native populations; they’ve also donated a park bench for the public walkways.”

“Partnerships are the real key to success in this kind of work. Everything is connected and it’s great to partner with an organisation such as Crombie Lockwood who share many of our values and who understand what is means to protect the things that are important to people and communities.”

For more information about Sinclair Wetlands, to donate or volunteer, visit tenohoaka.org.nz

Helping to protect our native birds from predators