Revered for its charming historic character, Whanganui faces some tough decisions ahead as it grapples with the cost of strengthening buildings in its heritage-filled city centre, and better preparing for future flood events.

While the devastating floods of 2015 were among the worst in living memory for residents of Whanganui, they were in no way an isolated event. And the increasing frequency of winter deluges isn’t the only challenge the city faces either, says Crombie Lockwood Whanganui Branch Director, Greg Heerdegen.

“Whanganui is actually a very old city, filled with some impressive historic buildings. While the street frontages look fantastic and draw visitors from all over, the reality is that the city is home to the highest proportion of at-risk buildings in the country,” says Greg.

“We have one percent of the population, but 11 percent of pre-1935 buildings deemed at risk in the event of an earthquake. This poses quite an issue for landowners, leaseholders and the City Council in general.”

Greg says the costs of bringing buildings up to modern specification is prohibitive for many business owners, although conversely rents in the commercial district have remained static. The challenge for the city centre will be to retain its historic character but modernise according to national standards.

“We have seen a few buildings demolished wholesale and replaced by modern developments, which is understandable, but does detract from the city’s historic look. All these old double-brick buildings have wonderful façades which are the main drawcard; the remainder of the buildings behind are where modern improvements can be made.

“The façade has ten times the value of the rest of the building, so retaining that aspect is important. But, of course, there are high costs involved.” 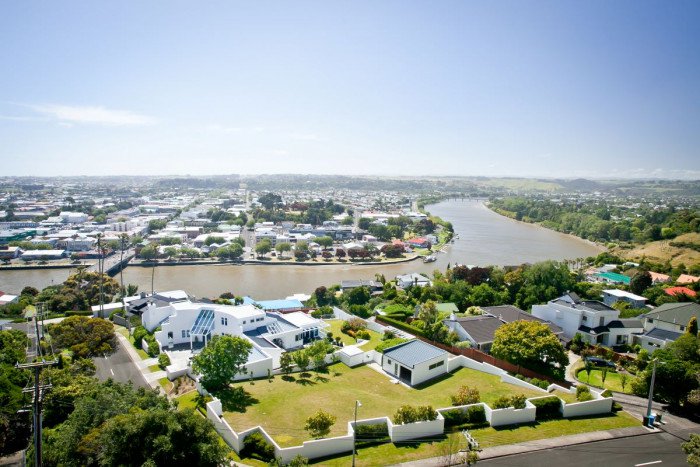 Whanganui faces tough decisions as it grapples with the costs of strengthening buildings and preparing for floods.

No easy fix as flood risk "greater than ever"

On the other side of the river, the picturesque Whanganui river-front properties along Anzac Parade face their own recurring risk in the shape of flooding.

Greg says the effects of the 2015 flood, which ruined between 30 and 40 properties, cast a long shadow for many residents.

“It’s devastating for families living there, but clearly the risk isn’t an issue for some, as the properties seem to change hands with frequency. The problem is you have attractive riverside homes a short distance from the CBD at low prices – and with recent renovation work having been completed in many – the temptation is there, especially for first home buyers.

“We’ve cautioned our clients against it; some have listened, and some haven’t. But with these once-in-a-generation-type weather events becoming more frequent, the risk of flooding is greater than ever. There is no easy fix to the situation.”

Greg says that the floods affected residents in different ways, citing the unfortunate case of one family whose home was only moderately damaged by flood water, but suffered extensively after the homeowners were barred from returning to the property for nearly a week.

“Like everyone in the evacuation zone, this family was barred from returning to the property until an all-clear was given. The house only had around a foot of floodwater in the basement garage, but because the door from the garage to the main house was open and all the windows were shut, the entire house succumbed to black mould over the course of the next few days.

“Everything had to be thrown out; carpets, curtains, furnishings, electronics. It was a very unfortunate incident and cost the insurer around $100,000. I think lessons have been learnt from that example.”

As to preparing for another flood, Greg says the Whanganui City Council has realised that it can’t simply keep adding height to the river’s stopbank, as this poses other problems.

One of the ideas that has been tabled for consideration is a policy of retreat. Although with a potential $25 million bill to ratepayers attached to the idea, it has its critics.

“If the City Council were to buy out the properties, assist homeowners with relocation costs and clear the sections, it would be a solution for the long term. In the short term, however, there would be a significant cost to ratepayers, many of whom feel it is unfair to have to pay to solve a problem which might not actually affect them.

“But if the city sees another weather event like the 2015 one – and it will eventually – the ramifications for Whanganui could be severe. We’re a small community, so everyone is affected when the city is under threat. It’s a great place to live; hopefully some good decision making will help preserve it for the future,” says Greg. 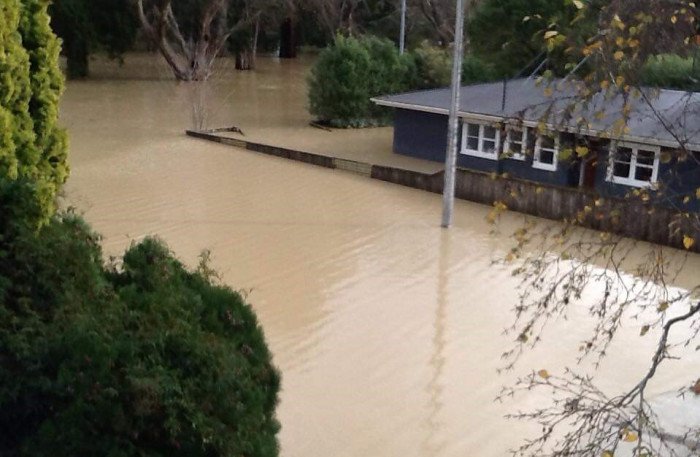 The 2015 floods in Whanganui were the worst residents can remember.

Disaster recovery: planning for the unplannable

Crombie Lockwood experts provide tips for New Zealand exporters, as the UK's deadline rapidly approaches for a deal or no deal Brexit.

The new Privacy Act delivers a legal framework for the protection of information, with mandatory reporting for data breaches from 1 December 2020...