Young kiwi "Whakaora'' has the honour of being the 200th chick to hatch at the Crombie Lockwood Kiwi Burrow since the facility first opened in 2019.

The special kiwi chick was gifted the name “Whakaora" which means “healing” or “to save”.  Not only was Whakaora the 200th chick hatched at the facility since it  opened in 2019, but the little kiwi also chose 02/02/22 to make its appearance.

The current hatching season, which ends April-May, has been a successful one for Save the Kiwi staff at the Crombie Lockwood Kiwi Burrow with close to 100 chicks hatched. Last season a record 101 kiwi were hatched, so it's a close race to see if that number can be beaten.

A bright future for Whakaora

The egg was originally gifted to Save the Kiwi’s Kōhanga Kiwi programme by Ngāti Tama in Taranaki.

After approximately four weeks in care at the Kiwi Burrow, Whakaora was released into the fenced, predator-free Sanctuary Mountain Maungatautari, where it will spend the rest of its days roaming the wild.

Executive Director of Save the Kiwi, Michelle Impey says reaching 200 hatches is significant for all of Aotearoa.

“Ninety-five percent of kiwi chicks that hatch in areas without predator control will die before they reach adulthood. So, 200 kiwi chicks that probably wouldn’t have survived in the wild if they’d been left to fend for themselves will make a huge difference to the future of the kiwi population, she says.

Michelle says any success achieved at the Crombie Lockwood Kiwi Burrow is thanks to a huge amount of passion and collaboration.

“The idea behind the Crombie Lockwood Kiwi Burrow first hatched because we needed to create capacity for our Kōhanga Kiwi kaupapa, which we knew would make a tangible difference to the future of kiwi. Reaching such a big milestone in only our second full season is testament to both our vision and the iwi, kiwi conservation groups, and organisations we work alongside, who are as passionate about saving the kiwi as we are.” 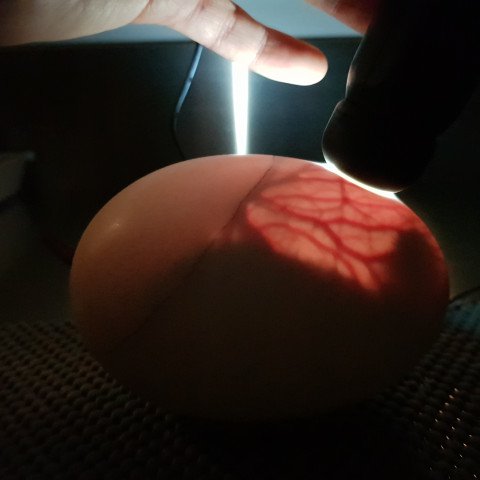 A kiwi egg gets a health check at the Burrow

Crombie Lockwood and Save the Kiwi

“Crombie Lockwood and the team at Wairakei Golf + Sanctuary have been wonderful partners since they joined the cause in 2019 and without their backing we wouldn’t be here today,” says Michelle.

“It is a real privilege to extend our support to the protection of kiwi” he says.

“Every chick that hatches makes a difference to the future of the population, and we are thrilled to celebrate number 200 with Save the Kiwi and of course the wonderful team at the Crombie Lockwood Kiwi Burrow.”

Crombie Lockwood held a competition for schools to design a reusable food wrap; it's now being sold to raise funds for kiwi conservation.