A Trans-Tasman success story that now spans over 30 years, every aspect of The Coffee Club is underscored by consistency. And it is consistency of food quality, service and value that helps reinforce the growing brand’s solid franchise base around New Zealand.

Through its delivery of ‘one menu, one price point’ consistency, The Coffee Club has become a recognisable component of the food and beverage landscape in almost every corner of New Zealand. 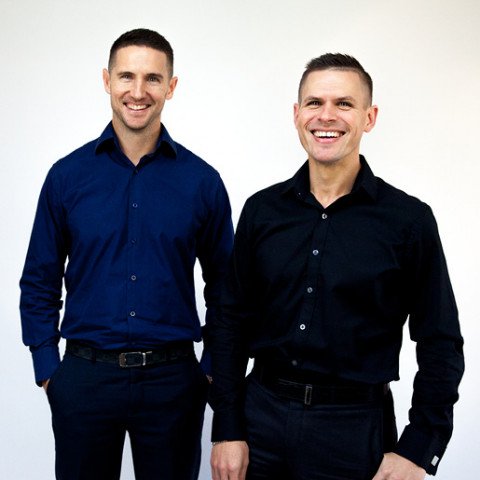 Brad Jacobs and Andy Lucas - Directors of The Coffee Club

As early adopters of the franchise model, it’s unsurprising that The Coffee Club has refined its partnership practices with franchisees over the years.

“We include our franchisees in decision making from the get-go. Our franchise partners are the people who help us determine the road map – they’re the people we look to gather feedback from through testing and surveying,” explains Brad.

“We’re big on developing trust and respect with our partners. We want them to know that they have a team behind them that has done the hard work in the background and that can deliver. As an example, we recently launched a new menu and had well over 150 people attend a training night and there was an amazing energy in the room; they were really excited to be there.”

We listen, we survey, and we involve our franchise partners as much as possible, says Brad.

“The Coffee Club has comprehensive training programmes in place, so making the perfect coffee straight away isn’t a mandatory at all,” continues Andy.

“We want entrepreneurial people who strive to surround themselves with a good team in order to develop a successful business, and we want them to create that success within our strong framework of consistency.

“The Coffee Club has been able to measure its success both here and in Australia over three decades now, and by introducing that high level of consistency across our network we’re able to provide certainty for our partners.”

"We want entrepreneurial people who strive to surround themselves with a good team in order to develop a successful business" - Andy, Director.

Insurance support through the unknown

Andy says that the last decade has shown both he and Brad that ‘certainty’ can be a rare and valuable commodity at times.

“We’ve operated through the Global Financial Crisis, and we’ve now operated under the vastly different world that COVID-19 has created for the food service sector. These events were very different, but some principles can be applied to doing business in both scenarios,” says Andy.

One principle is ensuring franchise partners have access to the right insurance advice and coverage to minimise risk for their individual businesses.

Crombie Lockwood Lower Hutt broker, Charlie Shelley, says that The Coffee Club’s very first New Zealand outlet in the Queensgate Shopping Centre, Lower Hutt, was insured through Crombie Lockwood. The relationship has remained strong ever since that first opening in 2005.

“In the wake of the Canterbury earthquakes the one franchisee who wasn’t with Crombie Lockwood appeared to have to work a lot harder to get a fair result" - Charlie, Lower Hutt insurance broker.

“Store cover for The Coffee Club locations will typically include cover for business interruption and material damage, along with Loss of Attraction, where a franchise holder may be able to claim against losses stemming from an event outside of their control, such as construction work within a mall, for example,” says Charlie.

“We saw business interruption cover work for a central Auckland Coffee Club franchise holder in the aftermath of the SkyCity Convention Centre fire in 2019. The downturn in foot traffic as a result of fire and emergency service cordons in the days after the event resulted in significant losses, which the business owner was able to successfully claim for.”

“In the wake of the Canterbury earthquakes we had four locations in Christchurch, three of which utilised Crombie Lockwood’s brokerage expertise. The one franchisee who wasn’t with Crombie Lockwood appeared to have to work a lot harder to get a fair result. It seemed a lot easier for our franchise owners who had Crombie Lockwood assisting with their claims.”

As ever, there is plenty of activity within The Coffee Club’s growing retail network. The company has seen two new cafes open within the first quarter of 2021 and there are always new areas and opportunities Brad, Andy and their team are looking at.

“Naturally, there are certain regional areas we’re interested in expanding into. But we can’t rush that process,” says Andy. “We have always exhibited steady, controlled growth, opening three to four new cafes per year on average.”

“We like to think that although we have a growing footprint, The Coffee Club remains nimble. We have a lot of processes in place which can be changed and adapted quickly. Adapting quickly rests on good relationships with our partners and their willingness to adapt with us. As a group, we’re all looking forward to what the next decade in business holds in store for us.”

John McCullough, manager of Egmont Seeds, reflects on his company's success, and says there's power in a $3 packet of seeds.