In this recent advisory for clients, we provide an overview of the current state of the international and New Zealand insurance markets. We also look at the impact on individual insurance sectors, and highlight legislation that will impact cover in 2020.

The world is getting used to living with the social and economic impacts of Covid-19. Some six months after the initial lockdown in New Zealand, we are seeing that many businesses are showing resilience, and finding ways to adapt how they can continue trading in the new environment. This has been helped by no community transmission in most areas of the country.

In September the ANZ Bank review of New Zealand’s business confidence showed that companies were markedly less pessimistic about the broad outlook for the economy. This was supported by ASB’s forecasts that showed a reduction in the previously predicted numbers for shrinkage of the economy, growth in unemployment and a fall in house prices.

Treasury’s Pre-Election and Fiscal Update (PREFU) revealed that the New Zealand economy is currently doing better than what had been forecasted. The Government’s Covid-19 response spending was $4b less than expected and unemployment is now forecasted to peak at 7.8% in the March 2022 quarter (2% lower than what as predicted in the May Budget) but it will remain higher for longer, reflecting a slower recovery than first thought.

Nevertheless, significant global events have had an impact on insurance companies’ results and this will have a flow on effect to the New Zealand insurance market.

A macro view of the insurance market

Insurance is a global industry. In order to function efficiently, ‘risk sharing’ across a global portfolio is a central element. To facilitate this, most insurance companies rely on some form of reinsurance which enables them to pass off part of the risks that they accept in order to reduce their own exposure. Large international reinsurance companies such as Swiss Re and Munich Re will have some level of participation in risks from every country around the globe. 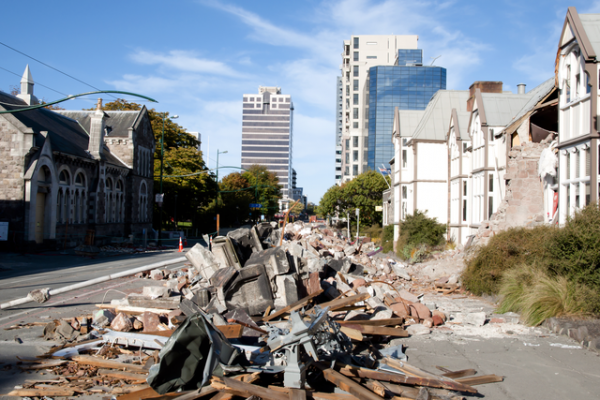 New Zealand benefitted from a global spread of risk in the recovery of insured losses following earthquakes.

A significant loss in, say, South America will most likely impact a reinsurer who is providing capacity in New Zealand. In order to recover their loss that reinsurer may then adjust their pricing meaning a rise in premiums for clients in New Zealand.

New Zealand has benefitted enormously from this global spread of risk following the recent earthquake events. The cost of recovering well over $20bn of insured losses was shared across the whole world and would not have been something the New Zealand insurance market could have withstood on its own.

Therefore, understanding what is going on in the global insurance and reinsurance markets is important as it will influence to some degree in what happens in New Zealand.

In any normal year a key driver of the performance of the global insurance and reinsurance markets is the Atlantic hurricane season. Generally this runs from June to the end of November.

Unfortunately the 2020 season is not looking good. At the time of writing there have been five hurricanes and one major hurricane, as well as 14 other named storms (there is a chance, for only the second time in history that authorities may run out of names for new storms and have to revert to using the Greek alphabet). Many of the agencies that track weather events are predicting that this could be one of the most active seasons on record. The largest hurricane to date has been Laura that caused between $13bn and $20bn of insured losses on mainland USA. An earlier hurricane, Isaias, caused an estimated $6bn of losses.

Munich Re commented that pre Laura, the insured natural catastrophe losses for the first half of 2020 were estimated at $40bn compared to a long term average of $30bn.

June 2020 saw most of the large international insurers and reinsurers report on their half year financial performance. Almost without exception each reported significant increases to losses, and reductions in underwriting profits.

As we have noted, the insurance market in New Zealand is part of a global system and simply cannot operate in isolation. In addition, all of the major insurance companies that operate here have foreign ownership.

At 30 June 2020 the three largest insurance companies in New Zealand, IAG (owners of NZI), Suncorp (owners of Vero) and QBE declared their financial results to shareholders. IAG reported a 59.6% drop in net profit, Suncorp announced its insurance division had a 34% drop in after tax profit and QBE posted a $750m post tax loss. 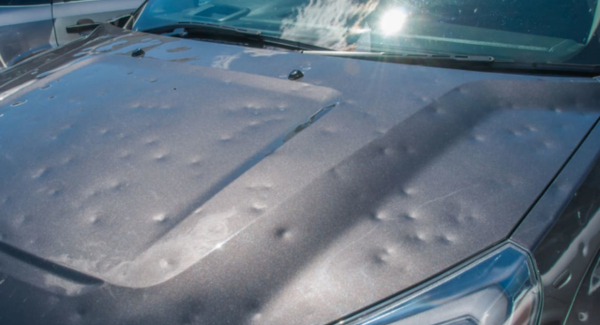 The Timaru hailstorm in November 2019 caused over $130m in claims.

Much of the driver for these results is the $4.2bn already paid in relation to last summer’s Australian bushfires, floods and hailstorms with Rob Wheelan commenting “This was the worst natural disaster season I have experienced in my 10½ years as chief executive of the Insurance Council.”

Closer to home insurers’ results have been affected by the November 2019 Timaru hail storm that caused over $130m in insurance claims, Southland floods in February 2020 at $29.6m and the recent Northland floods in July resulting in $37m of insured losses.

All three of these insurance companies are undergoing some form of restructure or consolidation of their businesses in New Zealand to respond to changes in trading conditions. This is most notable with the closure of all of IAG’s AMI branded retail stores.

The insurance companies are also reporting to us that they are facing increased reinsurance costs. These additional expenses will put a further strain on their underwriting results and will most likely be passed on to policy holders in the form of premium increases.

Pete Morresey’s innovative possum traps have become a central component in the fight to preserve Taranaki’s flora and fauna.

Working as an insurance broker you make personal and professional contributions to the communities you serve. The rewards are numerous.