Conservation group the Environment, Conservation and Outdoor Education Trust (ECOED), established the crèche in 2002. As part of their ongoing work to reverse the decline of kiwi in the area, the Trust delivers outdoor education and coordinates predator trapping with volunteers. 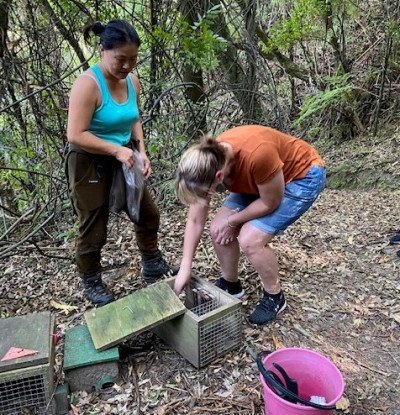 ECOED volunteers have raised and returned more than 275 chicks into the wild.

Recently, our Hawke's Bay branch spent a day with ECOED learning how to set and clear traps, so they will be able to take ownership of a trap line in the area. The activity is part of Crombie Lockwood's commitment to supporting the survival of kiwi, through our partnership with national charity Kiwis for kiwi. The branch volunteers will be heading out at regular intervals throughout the year.

To date, ECOED volunteers have raised and returned more than 275 chicks into the Kaweka Forest Park, around 70km inland from Napier.

Meanwhile In Taranaki, Crombie Lockwood Branch Director, Aaron Hickson, alongside Andrew Wallace from NZI, has also been checking trap lines on Mount Taranaki in a bid to ensure the kiwi population in the area remains in good health.

During one wet and windy day on the mountain, Aaron and Andrew managed to clear and reset 39 traps, catching four rats in the process.

The traps – of which there are hundreds spread around Mount Taranaki – need clearing monthly during spring and summer. 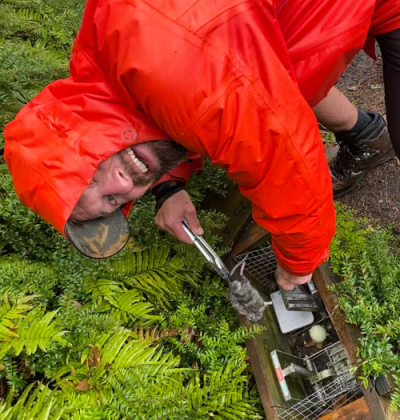 Pests such as stoats, rats and mice are a huge threat to kiwi.

"Working closely with kiwi conservation groups at a local level is a vital part of ensuring the future survival of kiwi at a national level,” says Ross Halpin of Kiwis for kiwi.

“We are reliant on hard-working volunteers, as well as the funding of sponsor partners, such as Crombie Lockwood. If we are able to establish centres such as the predator free sanctuary and burrow facility at Wairakei, as well as educate New Zealanders everywhere about the importance of ensuring the survival of kiwi, then we are heading in the right direction together.”

Forging ahead in Whanganui

Backing the plan to protect a New Zealand icon

Crombie Lockwood signs on to save kiwi

Crombie Lockwood and Kiwis for kiwi have announced a partnership to reverse the population decline of New Zealand’s most iconic native bird.

For more than 12 years, Crombie Lockwood Tauranga staff members have been involved in all types of voluntary work to support the operation of the Waipuna Hospice.