As a company that has looked after the property needs of New Zealanders for over 130 years, Harcourts New Zealand has been there through market highs and lows.

While the property market is inarguably buoyant at present, Harcourts New Zealand Managing Director, Bryan Thomson, says certain factors influencing current property value and activity would be in play regardless of the contemporary environment. 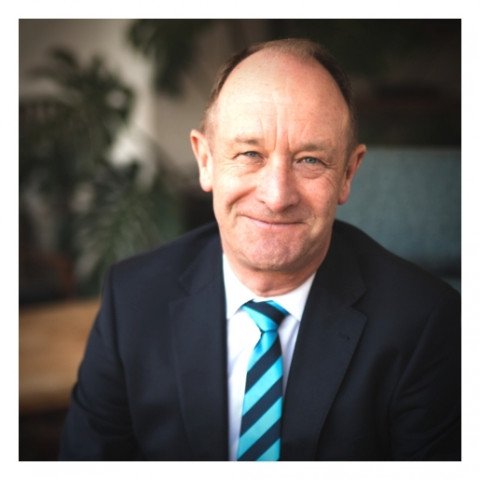 “The property market is driven by supply and demand. We simply don’t have enough properties on the market for the audience needing them,” Bryan explains. “Also, interest rates have been in decline for some time; the idea of secure funding at under 3% would have seemed outlandish several years ago, but not now.

“So, there is much more affordability out there. We sometimes hear people exclaiming ‘The prices today are astronomical’, but actually if you are able to amass a decent deposit, it’s cheaper to buy today than it has ever been.”

“There are still many people wanting to move to New Zealand and raise families here. We need to take the current market situation as a massive compliment really, because we have a great country and people want to live in it," he says.

The COVID-19 pandemic has had an influence on the property sector though, with money that would usually go offshore – the figure generally quoted is $10 billion says Bryan – being spent on new homes, investment properties, renovations, and holiday houses among other things.

“A rising tide lifts all boats, so pressure in the Auckland housing market inevitably effects the whole country,” continues Bryan. “Then you also have Aucklanders leaving the big city in search of a different lifestyle elsewhere, which plays a part in influencing property prices in the provinces.”

Coastal areas remain popular despite increased awareness of the ramifications of climate change that could affect beachside properties in future years.

“Major storm events throw climate change into stark reality and some places will inevitably face issues with rising sea levels. However, we love our beaches in this country: we love the idea of an idyllic getaway. Sometimes it is hard to look 50 years into the future: the challenge is the unknown.”

Geographically, anywhere within a two-hour drive of Auckland is considered hot property on the lifestyle property market, while further south values in Queenstown and the Central Lakes remain impervious to outside influences.

Bryan believes that the recently introduced legislative changes to the Bright-line Test won’t have the impact that they are intended to.

With the vast majority of property investors putting their money into property for the long term, Bryan believes the government policy applies broad strokes to a much more nuanced situation.

“There is a big difference between investors and speculators. Speculators buy homes and flip them rather than hang on to them, but this is a small part of the market. Investors are people who work hard, make smart choices, and do the right thing investing in property. Speculators won’t be put off by the extended Bright-line period,” he says.

On the horizon for new builds

Bryan also believes more detail is still needed around the exclusions for ‘new build’ homes in the recent policy changes. On the face of it, new builds should remain strong performers in the market, although with shortages in available skilled builders to complete construction work, homes can’t be constructed fast enough, thereby driving up the price of housing stock that has been completed.

Continued new build activity is also reliant on infrastructure keeping pace with developments. Bryan says cities such as Wellington, where easily developed, subdividable land is in short supply, face challenges of their own.

Disclaimer: Harcourts is New Zealand’s largest and most trusted real estate group*, with over 2,300 sales consultants across 194 offices and a growing property management team. For more information visit harcourts.co.nz. While every effort has been made to ensure that the information in the publication is accurate we recommend that before relying on this information you seek independent specialist advice.
*Readers Digest Most Trusted Brand Survey 2013-2021.

Manawatu broker Jess Murdoch lives and breathes the rural life, and has a practical hands-on approach to helping her clients when things go wrong.

New Zealand – second in the world for natural…

New Zealand is ranked as the 2nd riskiest country in the world when it comes to natural disasters, but we’re the 4th best protected.